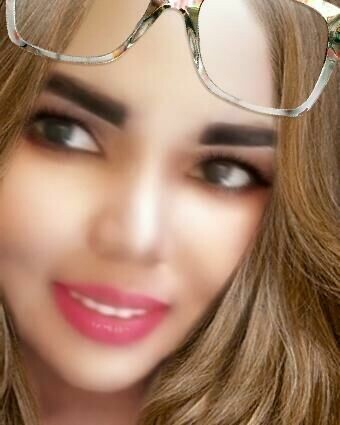 Hi there, I'm a young creative lady who will feel honored to be part of your humanitarian, news or marketing project. Please purchase one of my services or read how I can help your company take the next level. Hire me today — I'm just a click away 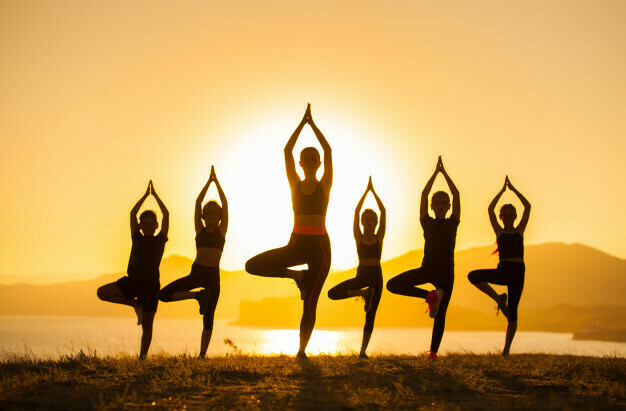 Side effect of practicing yoga

Practicing yoga is worshipping false gods. It's a pagan activity and it has bad spiritual consequences because it offends God.

SIX REASONS WHY CHRISTIANS SHOULD NOT PRACTICE YOGA

As a Christian, I don't practice Yoga. Even though it seems to be a good thing, Yoga comes from ancient Indian spiritual practices and is an explicitly religious element of Hinduism (although yogic practices are also common to Buddhism and Jainism). 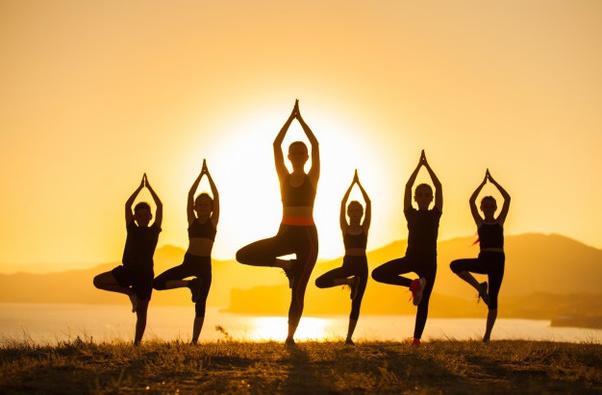 1- Yoga is related to hinduism, buddhism and jainism, in other words nothing to see with christianity

Yoga stems from the Vedas - the Indian holy texts that were composed from around 1900BC. Besides yoga, three major religions came from those texts - Hinduism, Jainism and Buddhism

Does christianity have anything to see with hinduism, buddhism, jainism? No 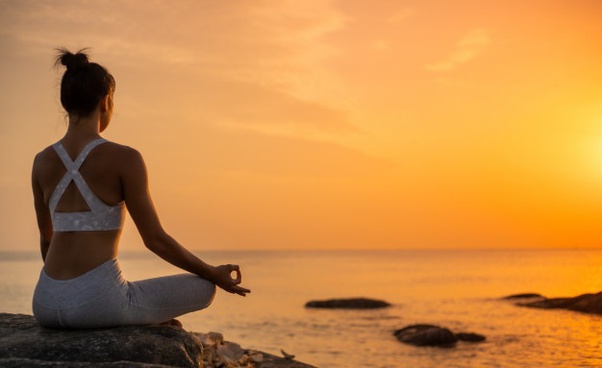 2- Yoga has a set of twelve positions called “Sun salutation”. Isn't it a way to worship the sun?

Salute to the Sun or Sun Salutation, is a practice in yoga as exercise incorporating a sequence of some twelve asanas.
It is originally called Surya Namaskar (Sanskrit: सूर्यनमस्कार IAST: Sūrya Namaskār) , 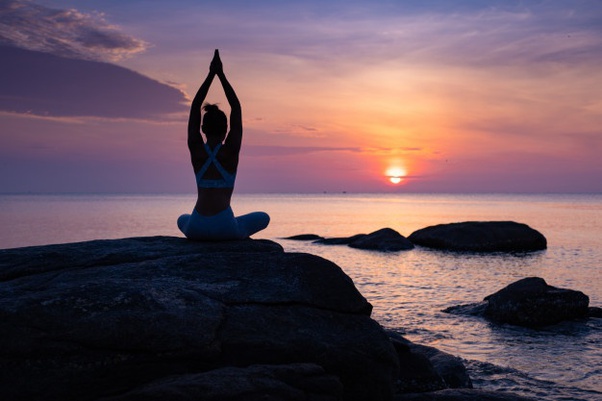 The asana sequence originated in the Hatha Yoga tradition on 9th century in India. The set of those 12 asanas is dedicated to the vedic-hindu solar deity Surya. In some Indian traditions, the positions are each associated with a different mantra.
Variant sequences called Chandra Namaskar ( Moon Salutation) have also been created. Source

The name Surya Namaskar is from the Sanskrit सूर्य Sūrya, "sun" and नमस्कार Namaskār, "Greeting" or "Salute".

Surya is the Hindu god of the sun. This identifies the sun as the soul and source of all life. Chandra Namaskar is similarly from Sanskrit चन्द्र Chandra, "moon".

Deuteronomy 5:7 “ You shall have no other gods before me.” Source

Deuteronomy 32:39 See now that I myself am he! There is no god besides me. I put to death and I bring to life, I have wounded and I will heal, and no one can deliver out of my hand. Source

As mentioned above, God brings to life. God is the only source of life.

Genesis 1:1–5
1 In the beginning God created the heavens and the earth.
2 Now the earth was formless and empty, darkness was over the surface of the deep, and the Spirit of God was hovering over the waters.
3 And God said, “Let there be light,” and there was light.
4 God saw that the light was good, and he separated the light from the darkness.
5 God called the light “day,” and the darkness he called “night.” And there was evening, and there was morning—the first day. Source

And God created the sun, the moon and the stars. Actually God created everything in the universe including human beings.

We don't have to worship the sun, the moon. We must worship God.

God created human beings and has put his fingerprint in them

3- Jesus used to pray in the morning, he didn't use to say “hello to the sun". And of course he was praying God (the Father).

Mark 1: 35 Very early in the morning, while it was still dark, Jesus got up, left the house and went off to a solitary place, where he prayed.

4- However yoga's meditations are prayers related to spiritual ceremonies in hinduism, buddhism and jainism. They use mantras and mudras. Mantras are words pronounced for spiritual powers. Mudras are gestures with hands and fingers: for example the gesture that consists of joining the thumb and the index is called gyan mudra or jnana mudra. 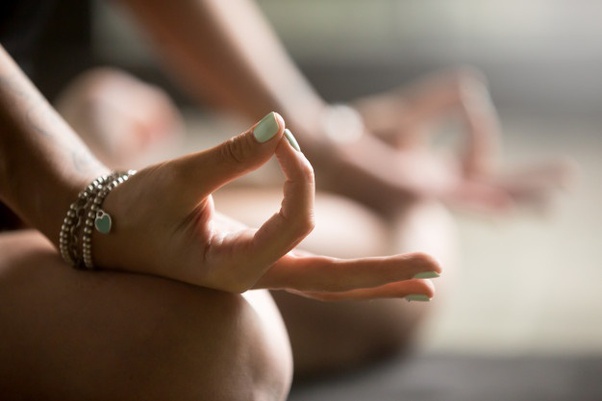 In Sanskrit, jnana means wisdom and mudra means gesture. So jnana mudra is the gesture of wisdom.

As christians we all know that wisdom comes from God. And we all know that our spiritual power comes from Jesus' blood. We don't have to pronounce mantras, our references are verses found in the bible. And Jesus' name can break chains that all mantras put together will never break. 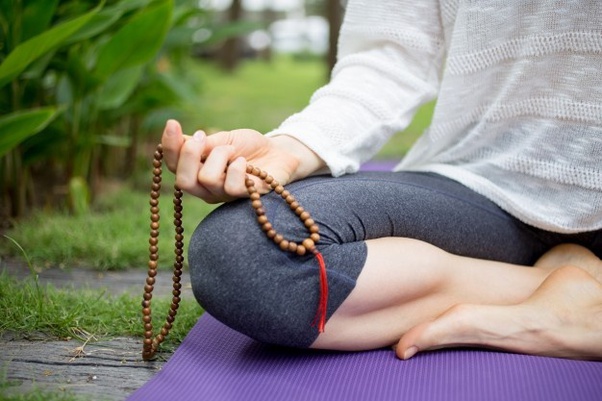 Yoga is related to a lot of terms or concepts linked to reincarnation and other things that are the opposite of what God says. The concept of karma is a pure offense against God because God says we have one life on this planet but in hinduism and buddhism, karma is the sum of a person's actions in this and previous states of existence, viewed as deciding their fate in future existences. In other words, karma promotes the concept of reincarnation while we only have one life in this world. Those who die don't come back on this planet in another life. Yoga is linked to that lie. Oh yeah, of course there's karma yoga.

Yoga is also associated with what they call moksha (in Jñāna yoga, also known as Jnanamarga). Moksha means salvation, liberation.

As christians we all know that our salvation comes from Jesus!

John 3:16
For God so loved the world that he gave his one and only Son, that whoever believes in him shall not perish but have eternal life.
Source
Isaiah 53:5
But he was pierced for our transgressions, he was crushed for our iniquities; the punishment that brought us peace was on him, and by his wounds we are healed.
Source

Jesus saved us through his blood, Yoga can't save us or even make us find wisdom. We can live without Yoga but we can't live without God. Practicing Yoga is worshipping false gods while God clearly says that we can't have two masters.

Physical exercises are great for health. If you want to do exercises, as a christian you can choose options that are not related to pagan ceremonies. Don't worship false gods. To the real God, the Almighty God, the Most High be all the glory!

Do you have questions related to God or to the lifestyle of real christians? Please feel free to join my Christian space on Quora.

Save this product for later

What I'm made of

As a skilled humanitarian worker, I can manage complex humanitarian projects and coordinate the work of up to five teams working simultaneously. I had the opportunity to get big achievements while working at AECOM, a fortune 500 company, in the framework of an AFD and USAID funded project. The Brazilian NGO Viva Rio is also among my previous customers.

As a TV news producer, I can coordinate news project from finding the news that should be covered to liaising with key interviewees (including Haitian officials, members of the private sector or the civil society). I can guide my clients, organize their work on the field, hire local talents if necessary and even provide live simultaneous interpreting services. China Central TV (CCTV), Xinhua News Agency, Reuters, Der Spiegel and Noticias SIN are among my customers.

As a translator, I can translate technical documents including those related to MEP (Mechanical, Electrical, Plumbing). My five working languages are Haitian Creole (my mother tongue), French (my second language), English, Spanish and Brazilian Portuguese. I'm currently improving my Mandarin, Italian and Russian to become fluent.

As a writer, I can write journalistic stories, success stories for NGOs, weekly, monthly and quarterly reports. But I'm also a creative writer: I can write fictions, nice novels and even script for telenovelas. I can write short contents for social media platforms and would be happy to help you manage your campaigns with targeted SEO techniques.

As a photography amateur and an aspiring eye/face model, I would be happy to promote your products with HD pictures of me, above all if you're selling human hair wigs, makeup products, sunglasses, clothes.

I'm also a webdesigner, an online marketer and a social entrepreneur who is currently providing online cooking/pastry courses to Haitian women living in 28 remote localities and I do that under the umbrella of my project Lekol Gratis (https://lekol.gratis)

I strongly promote women's empowerment, equal respect, equal opportunites to all above all to disabled people. And I strongly dislike child's labor and any other kind of abuse.

Please feel free to send a message to faradjine1@gmail.com to get more details. Please note that that email was provided for professional purposes. For those willing to purchase one of my services.

I had the opportunity to work with Faradjine on an extensive and complex AECOM project. Faradjine is a very skilled person to handle the logistics of complex engineering projects in natural disaster recovery as it was after the 2010 earthquake in Haiti and then Hurricane Matthew. Thanks to Faradjine, all the AECOM staff assigned in Haiti were always successful in all coordination with the United States embassy in Haiti and in all scheduled activities. Faradjine is a great human resource in public and administrative relations.

Secrets that you are the only one to know 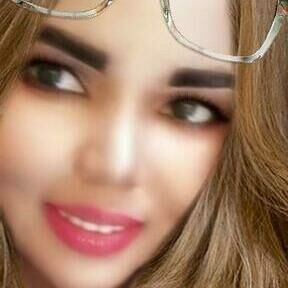 Passion is woven into my DNA. First of all, I'm Christian at 100% (so please don't ask me to sell indecent pictures 😂😂), I'm vegetarian 🥦 at 80% (because I still eat meat occasionally 🍔😊). I'm a non-coffee drinker ☕ but I appreciate other drinks 🍸🍹. (So please feel free to invite me to talk about your project). I'm very generous  but I'm also honest (so sometimes I'm not nice at all because I have to tell the truth). I'm left handed. I've learned to play guitar 🎸 and violin 🎻 but that's not something I do nowadays. I've also studied drama art but I'm not currently a performer. I dance very well 💃💃💃, try to sing well but at least I'm a good songwriter and music composer. I'm a foreign language lover, a gastronomy amateur 🌮🌯, I particularly like pastry techniques 🍨🍧. What else? I'm waiting for your next order 🏷️💴 💶: spend first, think later💰💷 💳. Thanks a million.